The campaign for the highest office in the land is upon us, and we are being treated to some of the worst candidates imaginable. It seems this statement recurs every four years, but this is the first time I have heard of American citizens wanting to move to Canada between now and November.

The seemingly unstoppable Mr. Trump has officially taken over the minds of waaaaay too many Americans who can’t seem to see him for what he is.
Meanwhile, the Democrats seem hell bent on foisting Hillary on the country. The campaign would be like watching two trains collide head on. Sadly, we are the collateral damage. 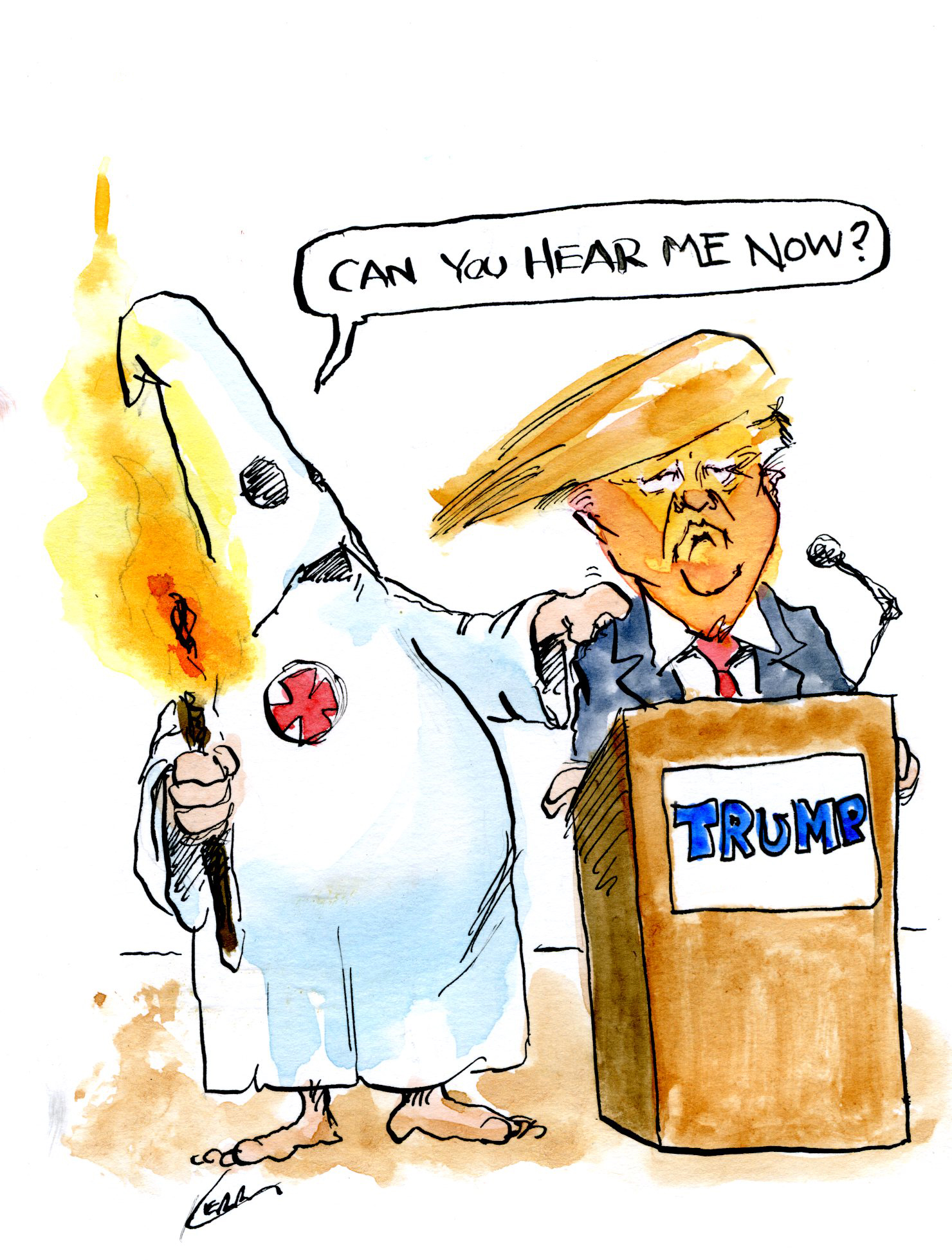 Unless cooler heads prevail, that just might be the case.

One thought on “The US is officially going crazy”

The Art of Robert Kerr